Mayweather and his entourage popped in to see the jubilant Juve players and the American couldn’t resist getting his hands on the handsome silver trophy. 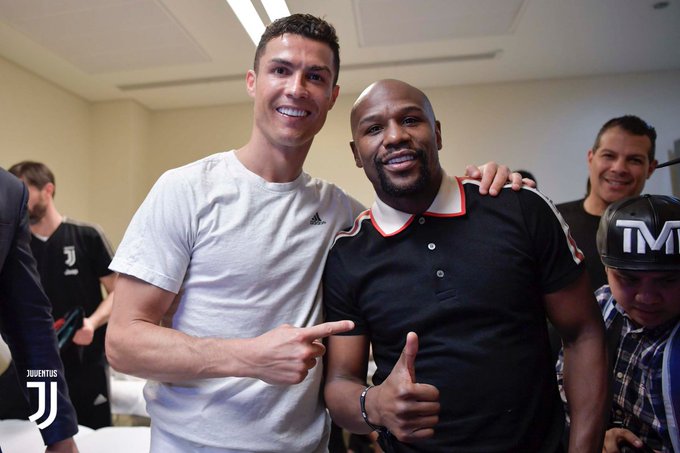 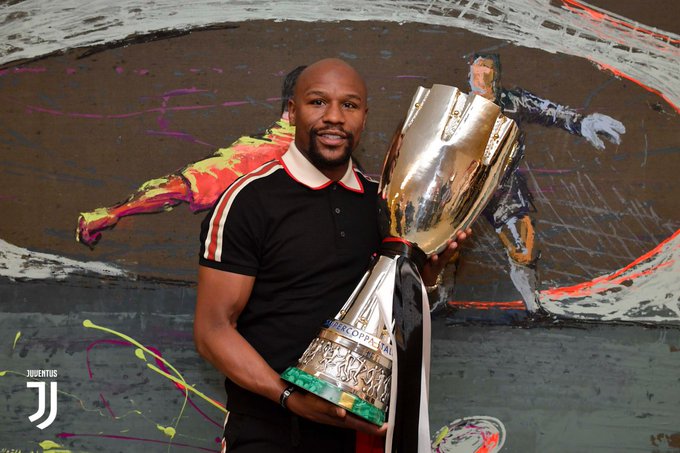 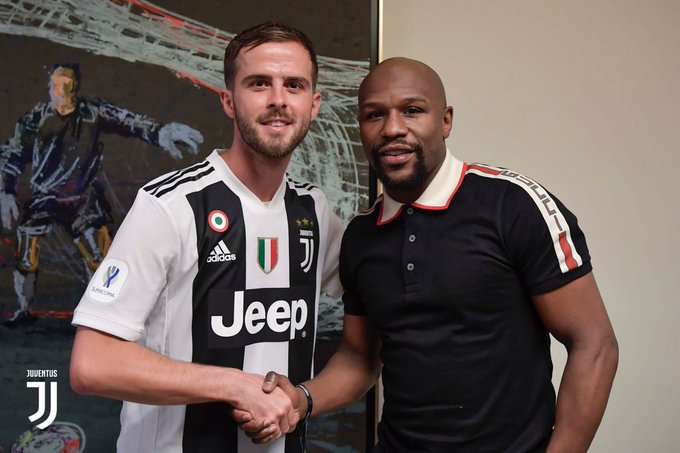 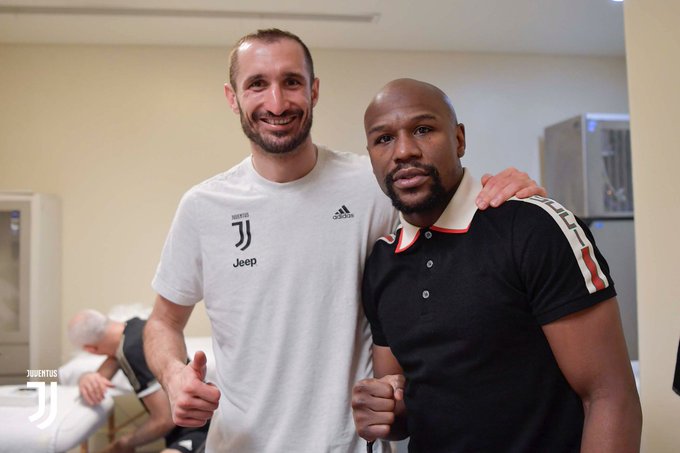 Champions celebrating with a champion, @FloydMayweather meets the team in the Bianconeri locker room

Ronaldo’s 61st-minute header settled the Supercoppa Italiana contest in Jeddah, Saudi Arabia with Juventus lifting the trophy for the eighth time in their history.

Mayweather, 41, retired in 2017 with a 50-0 professional record after knocking out Conor McGregor in a Las Vegas showdown.

There have been rumours, however, that Mayweather may step out of retirement again for a rematch with Manny Pacquiao, whom he defeated in 2015.

Ronaldo told Rai Sport after the win: ‘It was a very difficult match, it’s very warm and hard to play in these conditions.

“We played well, created a lot of chances and obviously I am happy to have scored the winning goal.

‘It was my intention to start 2019 with a trophy, I have my first title with Juve and I am very happy.

‘But it is only the start, we will take it one step at a time. We’ve got this trophy, now we must keep working hard to achieve the next one.’

The UK has just two weeks to stop a coronavirus outbreak...