Portugal has made history by becoming the first-ever winner of the UEFA Nations League trophy. Thanks a second-half strike by Goncalo Guedes, the Selecao successfully beat Netherlands inside the Estádio do Dragão.

Despite both sides failing to break the deadlock inside the first 45 minutes, the thrilling encounter provided moment of intelligent defending and attacks, with flair, pace and skill all in abundance. It was the hosts who gave the most indications of wanting it more with a series of chances and attempts on goal.

Their tenacity was duly rewarded in the 60th minute as a fluid attacking move resulted in Goncalo Guedes scoring the game’s only goal with a stunning strike after being brilliantly set up by Bernardo Silva. The Selecao’s posterboy Cristiano Ronaldo was mostly kept at bay although his influence in build-ups cannot be undermined.

The conclusion of the triumphant campaign saw the 34-year-old skipper taking his international trophy counts in the last three years to two, having led the Selecao to the Euro 2016 title in France. As per the record book, Ronaldo has become the first player in history to win 10 trophies in UEFA competitions. 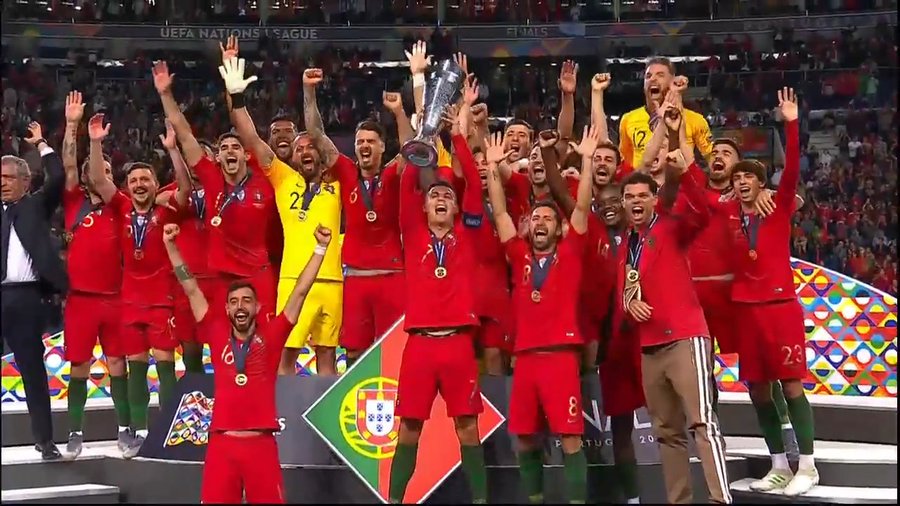